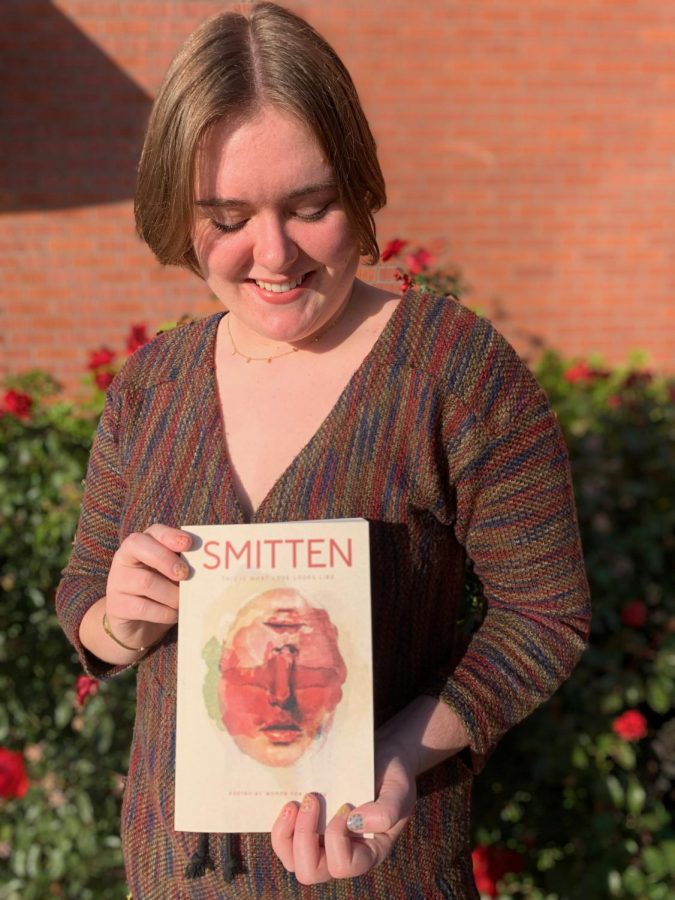 First time’s the charm… and also the second

It’s not often that a young writer gets their piece published on their first time submitting it–let alone two pieces.

“I submitted with the full intention of not being accepted, and then they asked me to write another one for the book,” Piper Townsend said with a wide smile gleaming on their face.

The anthology, “SMITTEN This Is What Love Looks Like: Poetry by Women for Women an Anthology,” has two of Townsend’s poems. It is collection of works from a number of queer writers that focuses on love with an emphasis on romance rather than erotica.

The Linfield alumna, who prefers the pronouns they/them, detailed their first publishing experience with the anthology while sitting in the golden, afternoon light of their Linfield apartment–their preferred writing studio. Anyone watching them could tell they have been waiting a long time for this opportunity and are relishing in the high of recent successes.

And relish they should, as not many young writers have such a smooth experience when submitting works to literary publications.

“Generally speaking, when you submit to a journal, the first few times you are rejected,” Townsend said.

The piece Townsend chose to initially submit, titled “Aubade Under an Overpass or Stumbling Into the Only Gay Bar in Manzanita, or and Witnessing the Resurrection of Prince,” was one that sparked their passion for queer poetry and depicts one of their relationships.

“This poem really opened the queer landscape for me,” Townsend said. “We were dating during last Jan term and into Spring. The poem is about a really beautiful day when we went to the beach.”

Townsend’s poem was such a hit with the anthology editors, they asked Townsend to write another one for the publication.

So, Townsend sat down next to potted succulents and a meowing cat in their apartment and began drafting another poem for the publication.

Townsend prefers writing in their apartment because of the obscure times they are available to write. 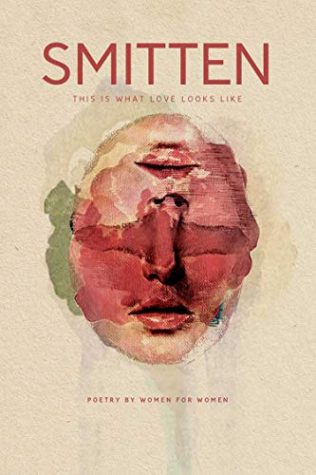 Their apartment, which they share with two roommates and a roaming tabby cat, Mona, is decorated with a firetruck red coffee table and a million pictures of plants as well as living ones.

Townsend typically writes at their desk while eating popcorn with chopsticks on a fairly regular basis in order to keep a clean writing environment. In this apartment, they wrote another poem for the publication with a one week deadline. They found the time constraint of a week to be fairly difficult to handle.

“With poetry you have an idea, but then stuff grows from that idea. Your poem could change a number of times.”

Townsend thrives in a tight knit community of writers, and this played an important role in the success of their second poem.

They had an idea about what they wanted to write about, but bringing that idea to fruition took work.

In loopy handwriting suited for a poet, Townsend wrote a poem called “Patching the Walls of My Apartment I Wish You Well,” with their favorite type of pen–a Pilot Precise rolling ball pen.

Townsend enjoys writing poetry that captures the everyday simplicity of life. Their published second poem illustrates a time when Townsend was moving out of an apartment, using personification to bring inanimate objects to life in their poem.

The opening line reads: “Young spider, I hope someone / falls into your web / so that we both may eat.”

In addition to being a psych major, Townsend fosters a clear love for creative writing. They completed a number of creative writing courses at Linfield with professor Joe Wilkins as their mentor and various peers as their supporters.

“A lot of my friends are writers, that’s just the circle I run in,” they said passionately.

Townsend is still not sure if they want to pursue a career in writing. They have always wanted to be a therapist, social worker, or child advocate.

Townsend graduated in fall of 2019, a semester early of the typical four-year graduation plan, and has since taken time to travel. What’s next is up to Townsend, but at least they have already gotten their foot through the door of the professional world with their published poems.

“I’m really excited to embrace this next part of life, and see what new poems it brings out of me,” Townsend said.