2019’s CO2 emissions highest ever, despite reduction in coal burning 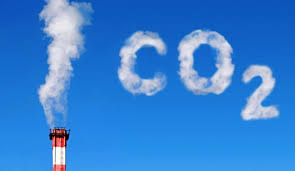 C02 levels hit a record high in 2019, even with a reduction in coal burning.

The yearly global carbon dioxide output reached a record high, despite a slowing in emissions from many countries and a reduction in coal burning facilities. Last year was also the year that CO2 concentrations in the atmosphere hit an unprecedented 415.70 ppm in May.

97% of scientists agree that climate change is human-caused, and that the increased output of CO2 from fossil fuel burning is the root of it. During the Obama administration in 2013, the Environmental Protection Agency proposed adding an additional substance to their Criteria Air Pollutant list, CO2. It is not currently included.

CO2 emissions have been regulated in different ways. One of the most effective methods of regulation for CO2 emissions is the cap-and-trade policy.

Cap-and-trade is a simple method, where there is a limit to the net emissions for a year set by a government. Each corporation is given a certain portion of that limit. Companies can trade or sell these portions to each other, so the total emissions limit does not get exceeded but individual companies are able to adjust their allowance. The limit, or cap, can be lowered each year to force cleaner innovations or shutdowns of companies that can’t comply.

The most effective way of reducing CO2 emissions is to shut down coal plants and convert to clean (or cleaner) energy. Coal is the “dirtiest” fuel source–not only emitting CO2 but also carcinogenic, radioactive, and toxic elements such as mercury and sulfur dioxide.

In contrast, natural gas produces half as much CO2 as coal with the same amount of watts generated. Other methods, such as solar, nuclear, hydro, tidal, and wind power, do not emit CO2 once the facility is in operation.

China is the largest producer of coal power, seconded by the United States. Three years ago, China promised to reduce their coal burning capacity, though The Washington Post reported last month that they may be instead building more plants.

According to the US Energy Information Administration, the United States is responsible for burning about 6.9 million short tons of coal in 2018, and was on track to burn the same amount for 2019. Some yearly reports are still being processed and computed.