A Plea for Sustainability at Starbucks 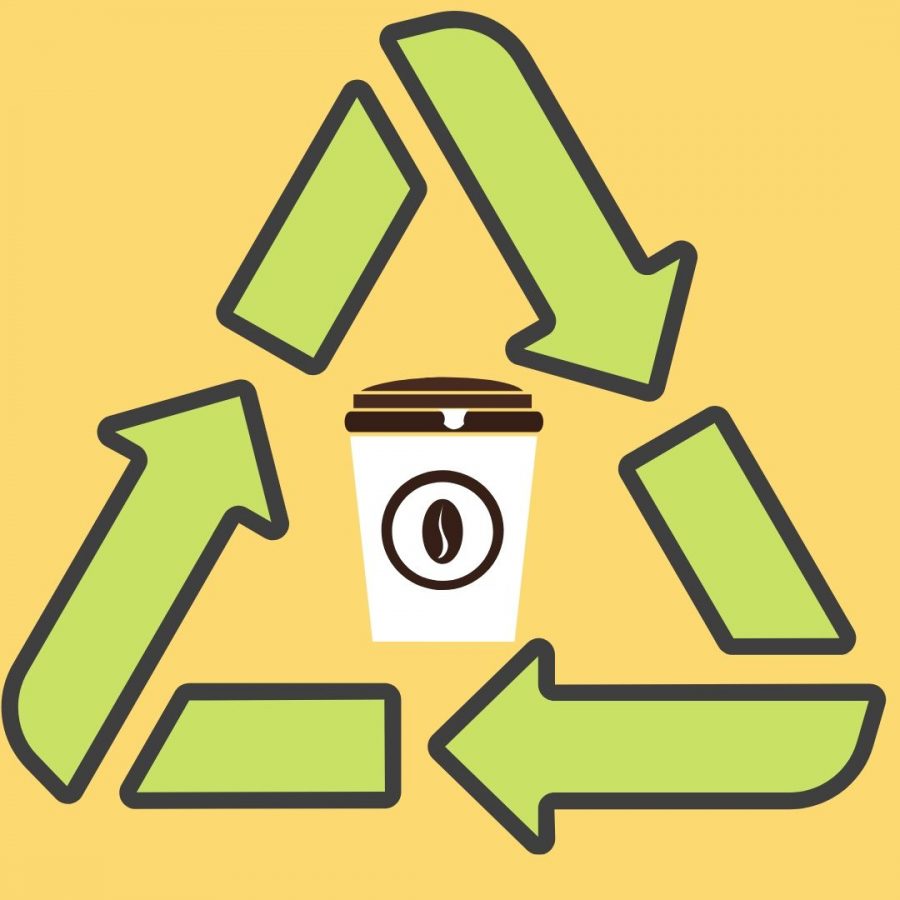 Linfield’s Starbucks sends over 100 pounds of disposable cups to the landfill each month.

Many students utilize the on-campus Starbucks—it’s convenient, tasty, and accepts Flex. Getting a drink from “Starbs” is often a normal part of Linfield life, but what is the impact of your daily cup of joe?

Linfield’s Starbucks, in estimate, goes through 2,000 to 3,000 disposable cups a month, according to staff.

That’s over 100 pounds going to the landfill each month of just cups.

“It’s tough to see the same people come in every day I work and go through cup after cup after cup,” said Cam Dole, a senior and barista at Starbucks.

With their polypropylene lining making recycling the hot drink cups impossible, even customers concerned about their garbage output have no choice but to toss their cups to the landfill.

Cold drink cups are recyclable in the McMinnville, but they must be washed first. Starbucks does not have a recycling bin in their cafe. According to a report by the State of Oregon, Yamhill County’s recycling rate was 31 percent in 2016, which is a decrease from 2014 when the rate was 37 percent.

The only way to cut back on Starbucks waste while still enjoying their products is to use reusable cups.

Reusable cups are low maintenance and can be very cheap—Starbucks sells them for $1 at the register. Many others come in cool designs and colors. Starbucks even offers a 10-cent discount on drinks if you bring your own cup.

Bur students have yet to catch on. According to Dole, during one of his busiest two hour shifts, only nine customers brought their own cup. This number doesn’t include students asking for ice water in their water bottles.

Some students may be concerned about the greenhouse gas emissions associated with plastic production involved in making the durable reusable cups.

However, it only takes 20 to 100 uses, depending on the type of plastic and design, to offset disposable cup use. After that, it’s essentially zero-emission and many last several years with proper care.

There are also companies that address emission concerns by using non-petroleum based materials or recycled plastic. Cups come in glass, ceramic, corn and rice by-products, bamboo, stainless steel, collapsible silicone, and many more. Countless blogs have compiled their favorites.

Not in the market for a fancy cup? Linfield’s Starbucks fills mugs, mason jars, and bottles with the drink of your choice.

Though remembering to bring a cup or mug with you every time might feel burdensome, reducing waste destined for landfills and one’s own carbon footprint is one of the first steps to combating the climate crisis.